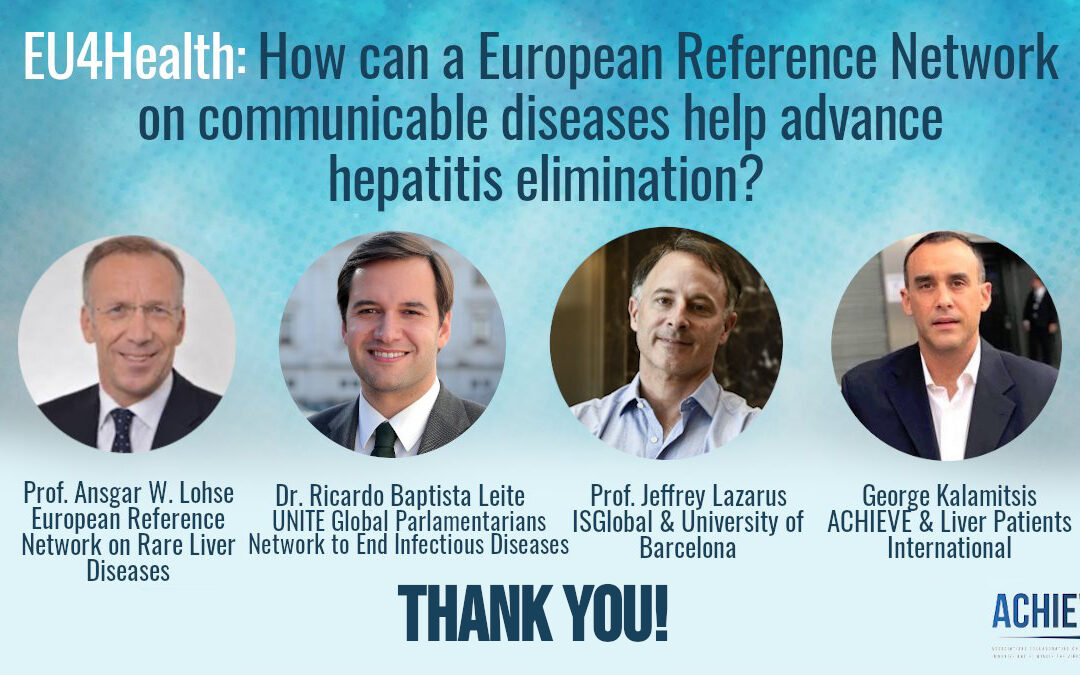 The European Council and the European Parliament have reached a provisional agreement on the new EU4Health programme for 2021 – 2027. Established in response to the lesson learned from the COVID-19 pandemic, this programme will have a budget of EUR5.1 billion which is  a significant increase for EU funding for health in comparison to the previous proposals for a health strand as part of the European Social Fund+ (413 million). The aim of the program is to support actions in areas where the EU’s contribution will be valuable, invest in health promotion and disease prevention, and prepare European health system to face future health threats.
Read more ➣ https://ec.europa.eu/health/funding/eu4health_en

This provisionally agreed deal will still need to be approved by the Parliament and the Council before it can be finalized.

However,  this is a good basis for continued advocacy for a call for a communicable disease network of excellence with focus on viral hepatitis, HIV and TB, to share best practice and ensure its implementation to derive forward elimination across the EU in line with the WHO Strategies and fulfilling the EU’s commitment to the UN SDGs.